Access to justice is a fundamental prerequisite to upholding the Rule of Law.  The principle of equal treatment under the law means that refugees, asylum seekers and other migrants have an equal right to be treated fairly and in accordance with the law. For the Rule of Law to equally apply to refugees, migrants and asylum seekers they must have access to justice. However, their access to justice has been undermined by both the government’s hostile environment policies and the lack of resources afforded the systems put in place to make decisions shaping migrants lives. Due to their vulnerability, migrants often have most to lose when administrative decision making is poor, and are least able to effectively challenge it. The work below outlines some of the many initiatives PLP is involved in to improve public decision making in this area.  For our work on migration and Brexit please see our Brexit section.

Our lawyers’caseloads continue to concern the rights of victims of trafficking. We have developed our strategic partnerships in this field, for example in the case of Ms Tirkey. Ms Tirkey was a victim of domestic servitude represented by the Anti-Trafficking and Labour Exploitation Unit (ATLEU). ATLEU approached PLP when Ms Tirkey was refused legal aid for an Employment Tribunal Case. See the case study below for more details.

We also deal with failures of the National Referral Mechanism (NRM) resulting in refusals of leave to remain where the trafficked victims should not be forced to return to their country of origin, and in cases where victims of trafficking have subsequently been detained under Home Office powers. 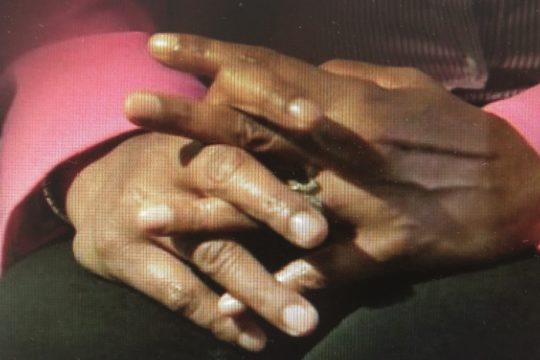 In a ground breaking judgment the Employment Tribunal upheld numerous claims, including those for unpaid wages and religious and race discrimination, brought by Mrs Tirkey, anIndian woman kept in domestic servitude by her employers for 4 ½ years.

The Legal Aid Agency refused to fund Mrs Tirkey’s representation for 17 months, suggesting that the case was not of “sufficient importance or seriousness” and that it was “only a claim for money”. PLP helped Ms Tirkey to apply for legal aid Exceptional Case Funding, which was only successful after PLP began legal action on her behalf. The case will affect future claims by victims of discrimination and servitude and would not have been possible were it not for PLP’s Legal Aid Support Project.

We work on cases where immigration detainees are due to be removed, including to countries from which they fear persecution. Many detainees are given unreasonably limited notice of their intended removal, meaning they are effectively prevented from seeking advice or raising legitimate challenges. In three of PLP’s recent ground-breaking cases, the Home Office has been forced to return deportees to the UK from Gambia, Sri Lanka and Nigeria. All three had been denied access to the court before being removed, and had clear legal claims to remain in the UK.

We are working to help ensure that the Home Office provides adequate accommodation to asylum seekers who are survivors of torture, or otherwise vulnerable, and with Maternity Action on the issue of unfair charging for services given to vulnerable migrant women.

PLP is developing specialism in information rights, especially in the context of immigration and asylum.  Supporting a concerned individual with a FOIA (Freedom of Information Act) request, PLP obtained disclosure that the Government had downplayed its knowledge of rights abuses in Eritrea. This was covered in a front page story in The Guardian. Under the Freedom of Information Act, PLP, acting on behalf of a concerned individual, obtained information from the Home Office revealing that a visit by its officials to Eritrea in December 2014 was made in order to discuss reducing Eritrean migration to the UK. At the time, the grant rate for Eritrean asylum claims was over 85%. The disclosed documents showed  the Home Office doubted the reliability of Eritrean government officials, and it could not significantly reduce the asylum grant rate.  Despite this, in March 2015 the Home Office changed its policy position, which led to a reduction in the number of Eritreans it recognised as refugees to 48% by June 2016. In a majority of cases where the Eritreans lodged an appeal, the independent judiciary found the Home Office had made the wrong decision. However, the drop in the initial grant rate between July 2015 and June 2016 has had the effect of excluding many Eritrean unaccompanied children from being admitted to the UK under the ‘Dubs’ amendment policy.  This is an example of PLP using information rights to expose poor policy making by the UK Government with the effect of denying vulnerable people assistance.
Alison Pickup, PLP’s Legal Director, said: “The fact that the Home Office has excluded many Eritrean children in France from the possibility of being relocated to the UK under the ‘Dubs’ amendment on the basis of a statistic which is a result of its own flawed country guidance is a tragedy.”

This work led to a front page article in the Guardian, here : https://www.theguardian.com/uk-news/2017/jan/22/home-office-eritrea-guidance-softened-to-reduce-asylum-seeker-numbers

PLP’s work in the Special Immigration Appeals Commission (SIAC) has been fundamental to access to justice and upholding the Rule of Law. PLP successfully challenged the Government’s use of ‘closed’ evidence, where the appellant in SIAC would not hear the case against them. In the case of ZZ. PLP proved that those exercising EU law rights had to be given the ‘essence of the grounds’ against them.

PLP also successfully challenged the ‘deportation with assurances’ programme. In the case of BB and W the court accepted that deportation to Algeria for our clients (where they would have ended up in the hands of the military) was not lawful as the assurances could not be relied on and the men would be at risk of torture if deported.