Our patrons endorse PLP’s aims and objectives, and lend us their encouragement and support to meet them. We are hugely grateful to them.

Jeffrey practises full-time at Blackstone Chambers. From 2010-15 he was also the Founder-Director of the Bingham Centre for the Rule of Law. Previously he combined practice with his Chair of Public Law at University College London  (UCL) (where he was twice Dean of the Law Faculty and a Vice Provost) .

He has authored numerous leading publications in the area of constitutional and administrative law, including, with Lord Woolf and others, De Smith’s Judicial Review.  He has received a number of honorary degrees and awards.

Jeffrey’s practice in public law includes litigation in the UK and abroad and advice on the constitutions, administrative justice laws and human rights issues in a number of countries across the world. From 2000-2011 he was the UK’s Member on the on the ‘Venice Commission’ (the Council of Europe’s Commission for Democracy through Law).  He has been a Non-Executive Director of the Office of Rail Regulation; Member of the Royal Commission on Environmental Pollution; Chair of the Council of the Institute for Philanthropy, and  Chair of the British Waterways Ombudsman Committee.  He is a Trustee of charities in the UK and abroad. 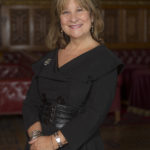 Helena Kennedy QC is one of the United Kingdom’s most distinguished lawyers.  She has practised at the Bar for 40 years in the field of criminal law and has conducted many of the leading cases in those years, including the Balcombe Street Siege, the Brighton bombing trial, the Guildford Four Appeal, the Michael Bettany Espionage case, the Jihadist fertiliser bomb plot, and the transatlantic bomb plot.  She has championed law reform for women, especially relating to sexual and domestic violence and developed the defence of Battered Women’s syndrome in the British courts.  She was also the leading voice for equal opportunities in the legal profession for women.  She authored a number of books on law reform, co-wrote the successful television series Blind Justice and became a well known broadcaster on law and ethics during the eighties, presenting the BBC’s Heart of the Matter.  She has chaired the British Council for 6 years and the UK Human Genetics Commission for 8 years. She has been a member of the House of Lords for 20 years, where she sat on the Joint Committee of Human Rights, and is now chair of the European Union Sub Committee.   She is Principal of Mansfield College, Oxford. 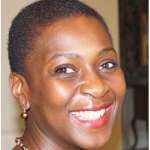 Professor Iyiola Solanke is a socio-legal scholar, with an expertise in EU and equality law. Iyiola is Chair of EU Law and Social Justice in the School of Law at the University of Leeds where she researches and teaches EU law, discrimination law, race and law, and Alternative Dispute Resolution.

In addition, we acknowledge and celebrate the support of past patrons; 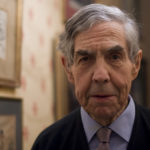 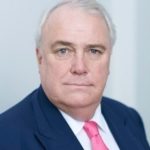 They are both sadly missed.