The Public Law Project is a registered charity. Our trustees are unpaid volunteers who dedicate their time to ensuring we properly discharge our role as a charity, meet our legal obligations and set our strategic direction. 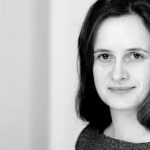 Elizabeth Prochaska is a practising barrister specialising in public, equality and human rights law. Between 2017-2019, she was Legal Director of the Equality and Human Rights Commission where she oversaw high-profile public interest litigation and investigations. Elizabeth is a non-executive member of the Bar Standards Board and chair of Birthrights, a charity she founded in 2013 to promote women’s reproductive rights.

Bryan spent 25 years as a solicitor and now works in a rights based workers’ co-operative which seeks to strengthen the resilience and sustainability of different communities. He was Director of Personal Legal Services at Simpson Millar LLP and his work covered a range of areas including education law, community care, Court of Protection, public law, employment and litigation. His work as a solicitor has covered both legally aided casework and representation and also representation for trade union members. Bryan has studied at Ruskin College on the International Labour and Trade Union studies course with a particular interest in labour rights and human rights in Colombia and the UK. He is a member of the National Committee of Justice for Colombia. Bryan was previously a member of Birmingham City Council and also chaired Birmingham District Citizens Advice Bureau.

Richard works for sustainable development NGO Forum for the Future, managing the global financial planning for an organisation that has offices in London, Mumbai, Singapore and New York. He is a chartered accountant, having completed his ACA qualification with PwC, spending the first six years of his career there. He has been with Forum for a two years and has a keen interest in helping charities structure their funding and cost base in the most strategically effective way to allow them to reach their goals and in optimising systems and processes to ensure charities can operate with the best possible balance of compliance and agility.

Andrew is a partner at Fieldfisher LLP specialising in UK and EU public, regulatory and trade law and has advised a wide range of Governments, companies, trade bodies and NGOs.  Andrew previously spent 13 years as a Government legal and policy adviser, working in the Foreign and Commonwealth Office, the Cabinet Office and the UK Permanent Representation to the EU.  Andrew spent his last two years in Government as the Head of International and EU Law at the Attorney General’s Office and as the first General Counsel to the Prime Minister, working under David Cameron. 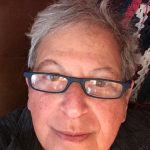 Sarah worked for Greenpeace both in the UK and globally for over 20 years, and created their legal strategy, which lead to a number of high level public law challenges in the UK and abroad.  She was the International Campaign Director for Amnesty International, and served as a Board Member for English Nature and Natural England.  Sarah works as a consultant to NGOs and as a coach and mentor to senior level campaign and management staff.

Pavan currently leads the external affairs function at the largest charity provider of care, accommodation and community services for older people across the UK. She is the former Director of Public Affairs and Policy at Humanists UK (formally British Humanist Association) and Vice President of the European Humanist Federation where she led the policy, public affairs and communications teams. Working across policy areas relating to public ethical issues, human rights, education and secularism she led teams working in Westminster, the devolved assemblies, European Parliament, UN Human Rights Council the Council of Europe. Prior to this she was the Head of Policy at ROTA, a race equality think tank and began her career working in race equality and social justice in the United States.

Mark is a former Editor-in-Chief of Reuters and CEO of ITN, the news broadcaster. He is currently chair of three technology companies (Nominet, Boclips and Percent), a member of the PwC Advisory Council and Chair of the British Council’s Future News Worldwide journalist programme. Mark began his career as a journalist and spent 10 years in Germany and Russia as a Reuters correspondent. 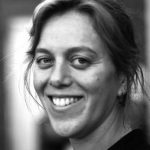 Renata has over 20 years’ experience in the UK and international NGO sectors as a fundraiser and project manager. Her sectoral interests are social and environmental justice, particularly refugee and minority rights. She spent a number of years working in Central & Eastern Europe with Greenpeace, Amnesty and UNHCR among others, and is a former trustee and treasurer of Amnesty International Hungary. She is currently the Head of Business Development at Refugee Action in London, where she leads a team responsible for major grant partnerships and data insight.

Outside of work, Renata has a Masters degree in International Relations from Cambridge and another in film editing from the National Film & Television School; her interests include film, photography and the study of traditional shamanic practices.

Rosie is responsible for the strategy and delivery of Age UK’s national campaigns to change public policy for vulnerable older people. Previously she worked at Time to Change, managing their national campaign to encourage employers to tackle mental health discrimination within the workplace. Prior to this, she worked at The Prince’s Trust as a corporate fundraiser responsible for raising over £1.8m each year for the charity.