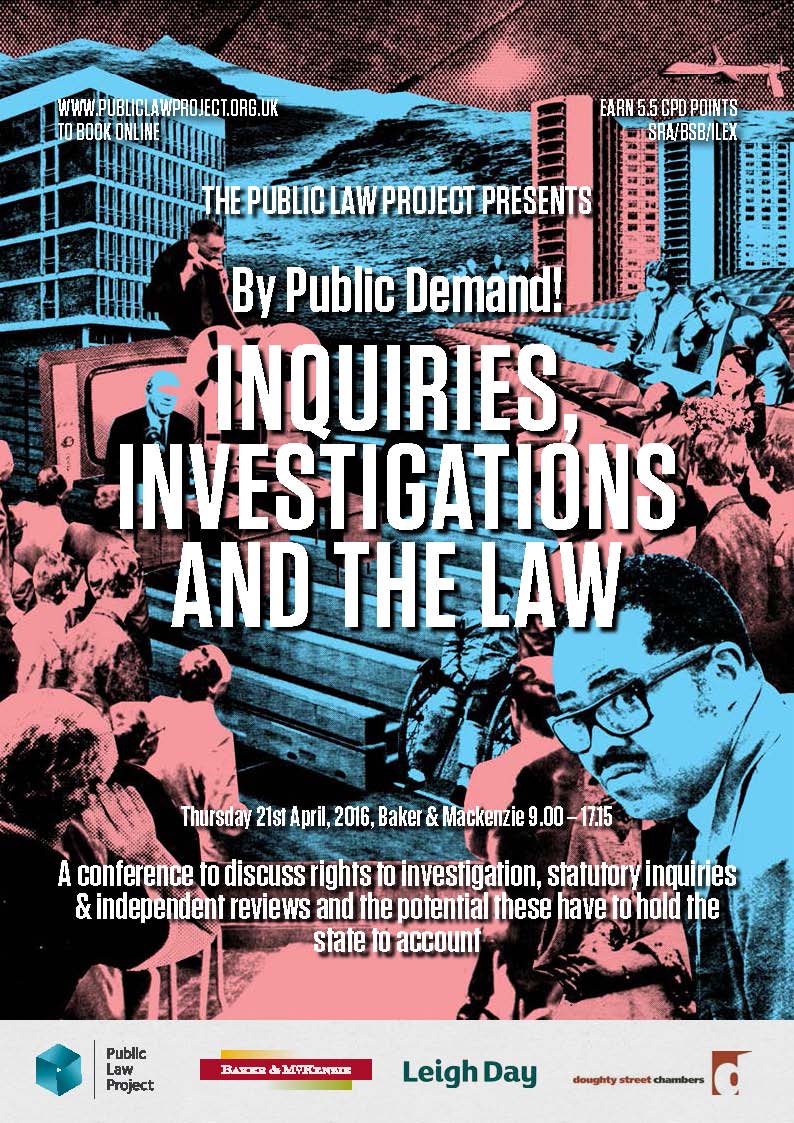 This section of the talk considers the duties to investigate within the ECHR. It is aimed at the lawyers in the audience who already have some experience in this area , so I apologise to those of you who have no interest in this sort of detail. This is a huge topic , and we only have a short time , but if you need more information , I would highly recommend the article 2 chapter in the Sweet & Maxwell Human Rights Practice encyclopedia (by me) and the book Inquests – A Practitioner’s Guide (also partly by me).

The Human Rights Act 1998 has had a big impact upon the duties the state has to investigate when something goes seriously wrong. For example , before the HRA , if a manifestly unarmed man was shot seven times in the head while sitting in his seat in an underground train , or if an Asian man was beaten to death by his racist cell-mate , or even
if someone died due to failures by psychiatric nurses to protect him or her from suicide , the investigation into the death could not identify what went wrong. Now , the investigation must culminate in a conclusion that identifies what went wrong , so that lessons can be learned to prevent the same thing happening again in future.

THE DUTIES TO INVESTIGATE WITHIN THE EUROPEAN CONVENTION ON HUMAN RIGHTS