The judges recognised that claimants with mental health problems have a number of specific difficulties in self-reporting, for example they may lack insight into their condition, their condition may fluctuate day by day, or they may be unable to accurately explain how it affects them. Not all Atos assessors are medically qualified (many are nurses or physiotherapists), and almost invariably they have very limited knowledge or experience of working with people with mental health problems. The interviews are often hurried, and rely on applicants to explain the limitations on their ability to work.

This is a serious problem for people with mental health conditions. The court has today held that it puts them at a substantial disadvantage, as it means that more claims by people with mental health problems are refused than should be. This forces them through the appeals system, currently groaning under the weight of appeals against the refusal of ESA, some 40% of which succeed. This results in great stress and distress to the individual and unnecessary cost to the public purse.

Such people are placed at a substantial disadvantage in navigating the system. Even if they appreciate the need to get expert medical evidence for themselves, they are often less able to navigate the system successfully and to obtain the medical report that they need.

The claimants, MM and DM, both of whom have serious mental health problems, and are in receipt of sickness benefits, challenged the lawfulness of the Work Capability Assessment process. They argued that it is especially important for the DWP and Atos assessors to take medical evidence from applicants’ community health professionals, such as psychiatrists or community psychiatric nurses, and that unless the system was adapted to take medical evidence into account at the early stages of the process it would be unfair to people with mental health problems.In a landmark ruling, the three judge court agreed. The court ordered that the DWP has to take reasonable steps to address the disadvantage to people with mental health problems, but rather than specifying what those reasonable steps should be, ordered the DWP to carry out an investigation and then return to court to explain what steps they propose to take.

“Today’s ruling confirms what disabled people have been saying for years – although ignored by Ministers – that the Work Capability Assessment process is not fit for purpose. Today, the court has considered the evidence, and has endorsed the view of the experts and NGOs that have repeatedly called for medical evidence to be sought and considered by the DWP at the early stages of a claim. It is up to all of us now to put pressure on the DWP to investigate – and then implement – real changes to the process without delay or prevarication, as the court has ordered. It is in everyone’s interests that the DWP changes course – if they continue to rush people with mental health disabilities through the process as it stands, more ill people will be wrongly refused support, more ill people will suffer a deterioration in their mental health as they try to navigate the appeal system, and more public money will be wasted.”

PLP is an independent, national legal charity which aims to improve access to justice for those whose access is restricted by poverty, discrimination or other similar barriers. To fulfill its objectives PLP undertakes research, policy initiatives, casework and training across the range of public law remedies.

For more information on our work, events and publications: www.publiclawproject.org.uk 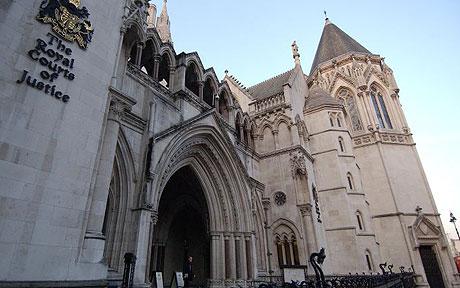