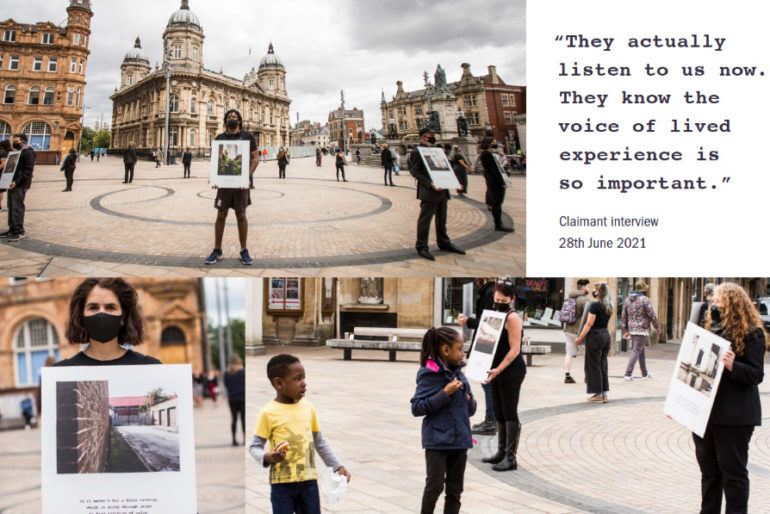 Examining the case of a group of ex-sex workers and their supporters from Hull who took action against a Section 222 order by the City Council that left them at greater risk of danger, Against Persons Unknown explores how self-organised groups can achieve justice.

The order, making it a criminal offence for street sex workers to operate within a specified district of the city, was made without consulting the group, called An Untold Story-Voices, despite them having raised safety concerns to the Council at an earlier stage of the planning process. What followed was a long and challenging road to justice, with the group eventually seeking legal action as ‘Persons Unknown’ with the assistance of Public Law Project.

That justice was achieved against the odds raises series questions about who the law protects and who it doesn’t – and how public decision-making can harm marginalised groups.

Alongside this remarkable story, ‘Against Person Unknown’ addresses how these such failures can be avoided in future, with advice for communities, public authorities, lawyers, and funders, with report authors Dr. Jacqui Kinghan and Professor Lisa Vanhala setting out key lessons to ensure groups and individuals are not disadvantaged by public decision-making.

“This is an important story that deserves to be heard. It demonstrates the vital role public law can play in correcting unlawful decisions that disproportionately impact disadvantaged or marginalised groups.

I’m delighted that justice was achieved but hope important lessons can be drawn from this case to ensure groups and communities are listened to and taken seriously so that legal action can be avoided.”

Only have 10 minutes? Read Jacqui and Lisa’s blog for a snapshot of the case