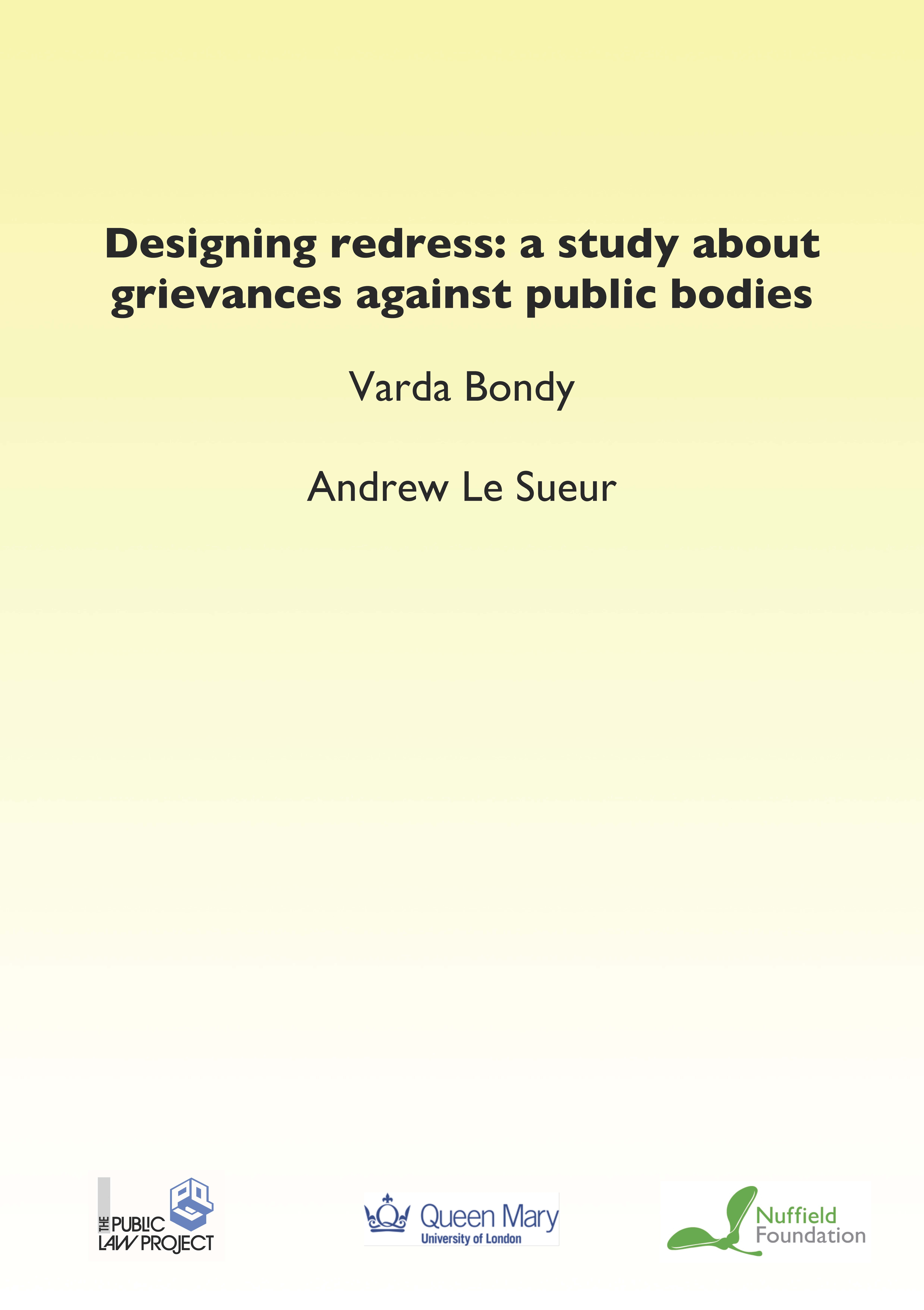 Public bodies have in recent years been exhorted to get decisions ‘right first time’. The concept of administrative justice is seen by some scholars as including initial decisions as well as what happens when administrative decisions are challenged. Notwithstanding these developments, the redress of grievances remains central to the concerns of administrative law scholars, and public bodies expend a great deal of time and money handling grievances. It is just about possible to imagine an idealised administrative system in which no errors are ever made by decision-makers and all past, present and future decisions are accepted as correct and legitimate by citizens and business enterprises. In reality, this can never be achieved (except perhaps in well-resourced administrative schemes of limited size and relative simplicity).

This report is concerned with the institutions and procedures by which people in England pursue grievances against public bodies. The existence of adequate redress mechanisms is important for those who are made subject to public bodies’ decision-making. Without such avenues, administration would lack legitimacy. Redress mechanisms are also of instrumental value to public bodies themselves: they enable the quality of initial decisions to be monitored, may generate principles of good administration, and in some cases may assist in defining the legal powers of the public body.

The report is intended to be both research of the system (inasmuch as it has an academic focus) and research for the system (insofar as insights and findings may be of practical assistance to those who have responsibility for designing redress mechanisms). This report comes out of a project funded by the Nuffield Foundation, carried out by Varda Bondy of the Public Law Project and Andrew Le Sueur of Queen Mary, University of London.