This paper focuses on how public law cases are currently funded with an emphasis on ‘public interest’ litigation. It also examines the proposed changes to legal aid and to the funding of civil claims , including judicial review claims , as set out in the Government’s responses to the consultations on the Reform of Civil Litigation Costs and Funding and the Proposals for the Reform of Legal Aid , published in 29 March 2011 and 21 June 2011 respectively. It also summarises the relevant provisions of the Legal Aid , Sentencing and Punishment of Offenders Bill by which most of the government proposals will be implemented. Finally , the paper summarises recent developments in relation to Protective Costs Orders which limit a claimant’s party’s liability in respect of an unsuccessful claim for judicial review. 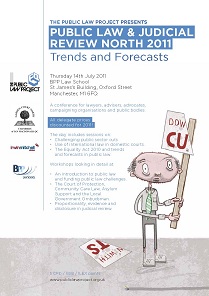