Home | Publications and resources | Policy briefings and submissions | Judicial Review and the Rule of Law: An Introduction To The Criminal Justice and Courts Act 2015 , Part 4 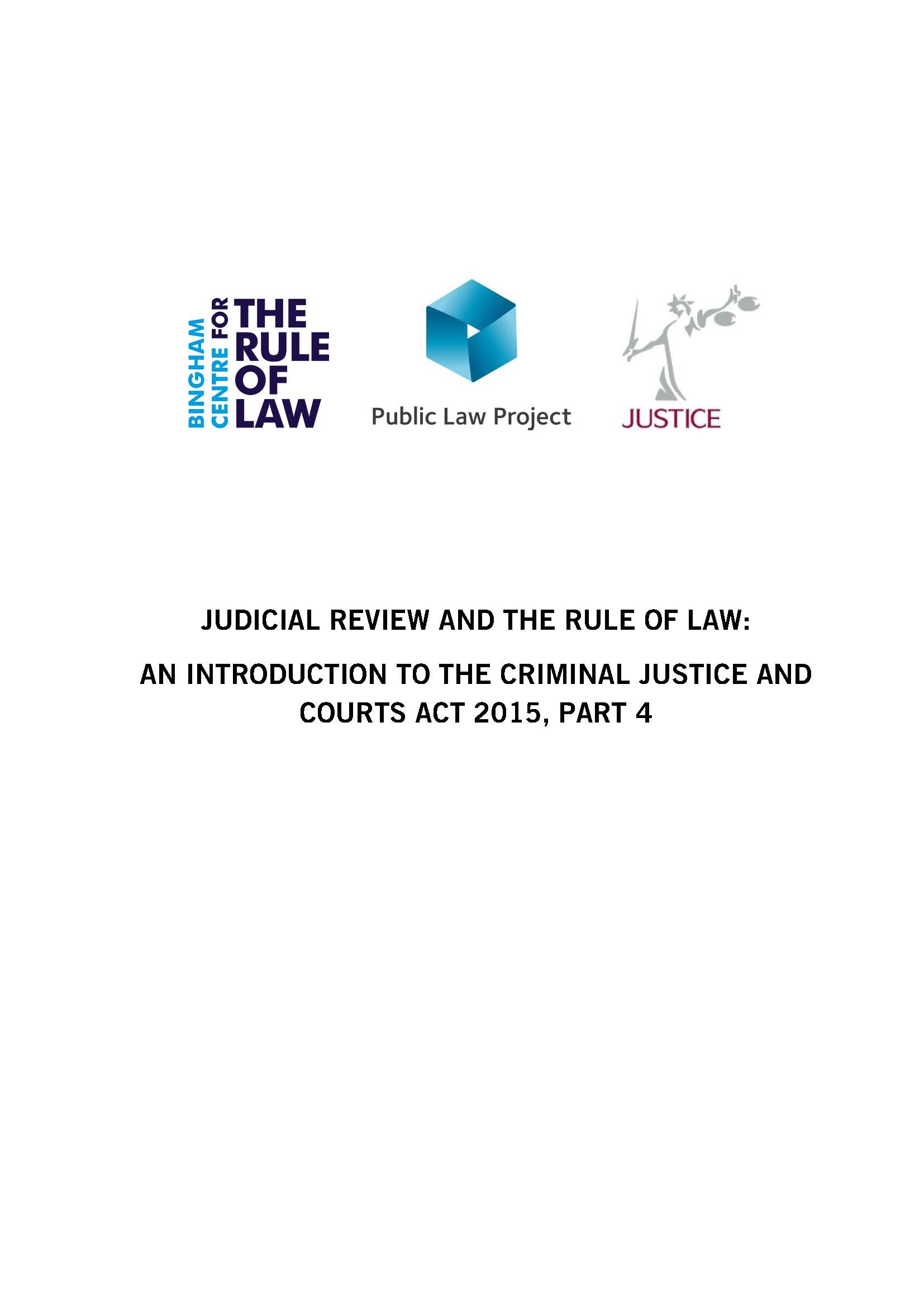 This is the result of a collaborative project , with The Bingham Centre for the Rule of Law and Justice , to publish a guide to Part 4 of the Criminal Justice and Courts Act 2015.

The Act brings in a number of changes affecting judicial review , including third party interventions , the materiality threshhold by which a claim may be refused by a court , the degree of financial disclosure required of those funding JR , and , new rules on Cost Capping Orders (previously termed PCO’s or Protective Costs Orders).  The interpretation and application of this Act may have serious consequences for individuals and organisations intending to bring legitimate challenges to unlawful behaviour by public authorities.  This publication seeks to provide (from Lord Woolf’s introduction) ‘…authoritative expert assistance as to how the Act should be applied’.

During Parliament’s consideration of the Act , Ministers keenly stressed that nothing in the Act should undermine the function of judicial review , and identified the particular mischief which each section was intended to address. In so far as possible , the duties , powers and discretions created by the Act should be interpreted in a manner consistent with its limited purpose (paragraphs 7 – 10).

An Introduction to The Criminal Justice and Courts Act 2015, Part 4