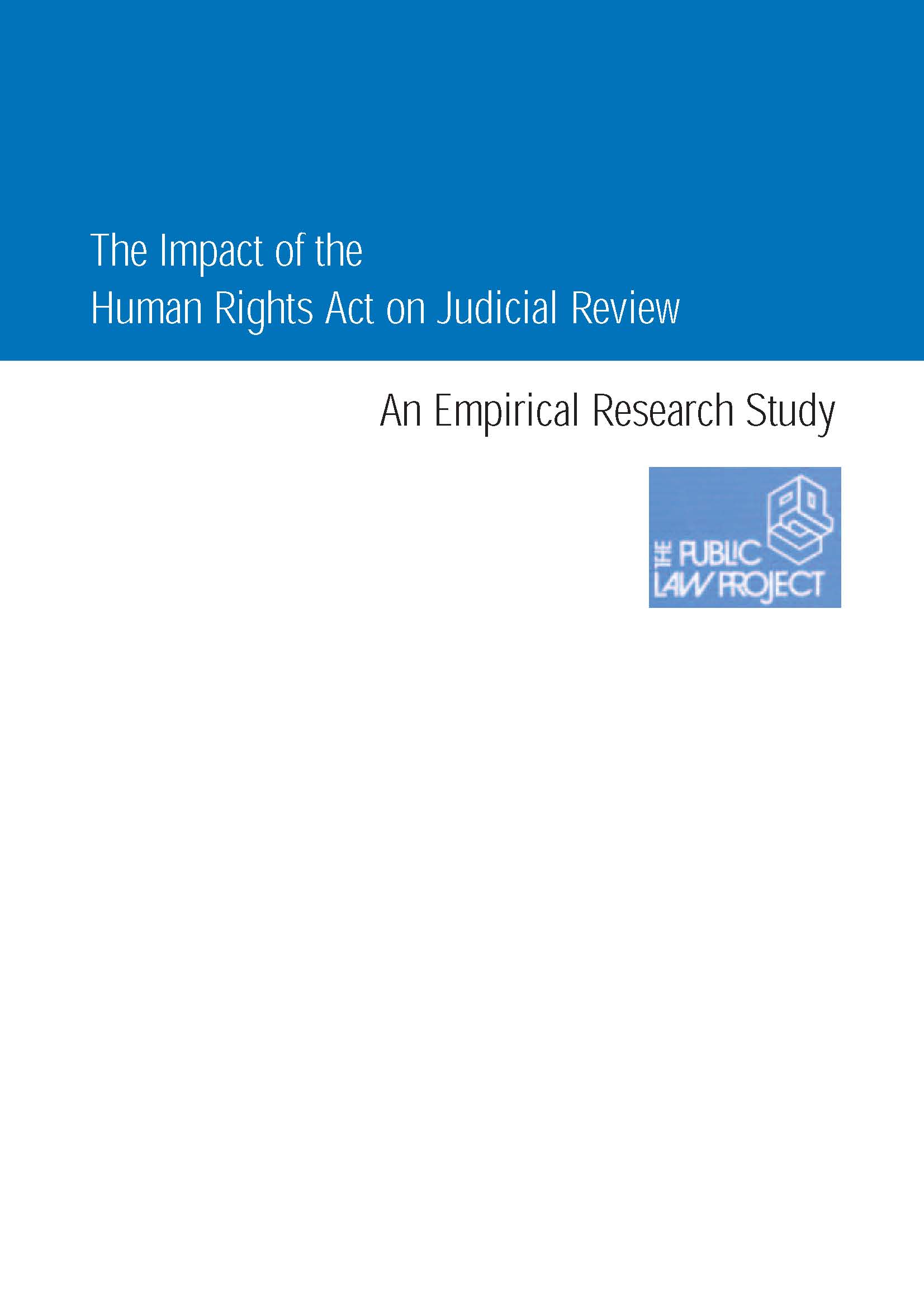 The study provides a detailed breakdown of the number of civil judicial review claims issued and granted permission in each category within the research period. It considers the incidence of Human Rights Act claims in judicial review proceedings and compares the outcome patterns of HRA and non-HRA cases, concluding that there is little evidence to suggest that the introduction of the HRA has led to a significant increase in the number of claims brought, despite the steady year-on-year rise in the number of claims issued in the Administrative Court. It established that the HRA was cited in just under half of all civil claims between January and June 2002, although this varied considerably according to the subject matter of the application. It further found that, in the majority of cases, the inclusion of human rights arguments did not add significantly to the case or to the claimant’s prospects of success. The study’s findings have been widely cited in academic publications in the UK and abroad.

Impact of the Human Rights Act 1998 on Judicial Review