Home | Publications and resources | Research | Keys to the Gateway: An Independent Review of the Mandatory Civil Legal Advice Gateway

On 1 April 2013, the Legal Aid, Sentencing and Punishment of Offenders Act 2012 (LASPO) came into effect. Together with regulations made on the same date, LASPO established the Civil Legal Advice telephone line as the only route by which certain legal aid services could be accessed (the Gateway). In the first instance, the Gateway has been introduced as mandatory in three areas of law.

The Gateway has constituted a major shift in the delivery of publicly funded legal advice in the areas of law in which it operates. Parliament was assured that it would be extended to other areas of law only after its operation had been fully reviewed by the Ministry of Justice (MoJ). The MoJ published its review of the Gateway in December 2014.

Keys to the Gateway:An Independent Review of the Mandatory CLA Gateway

To find out more, see the links below. 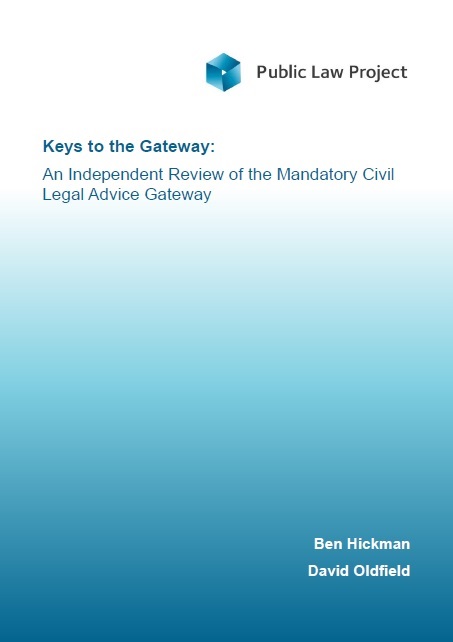