Writing in the Judicial Review journal, PLP researchers Jack Maxwell and Dr Joe Tomlinson say that courts are increasingly requiring government to disclose the mathematical and technical models it uses to make decisions.

Government officials often use models to help them make decisions. A model is just a simplified representation of some aspect of the world: for example, a mathematical equation for estimating the number of fish in a river or predicting the risk that a person will commit a criminal offence.

Models can help officials make better decisions, but they can also go wrong in various ways. When this happens, people may, with good reason, wish to closely scrutinise the model, to check whether it complies with basic legal requirements.

In a series of cases, the courts have established a presumption in favour of government disclosing its decision-making models. Disclosure is essential for people to understand the government decisions which affect them and, if necessary, to challenge them in court.

Read Jack Maxwell and Dr Joe Tomlinson’s analysis about when this emerging presumption applies and what it requires: Government Models, Decision-Making, and the Public Law Presumption of Disclosure 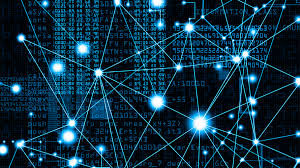