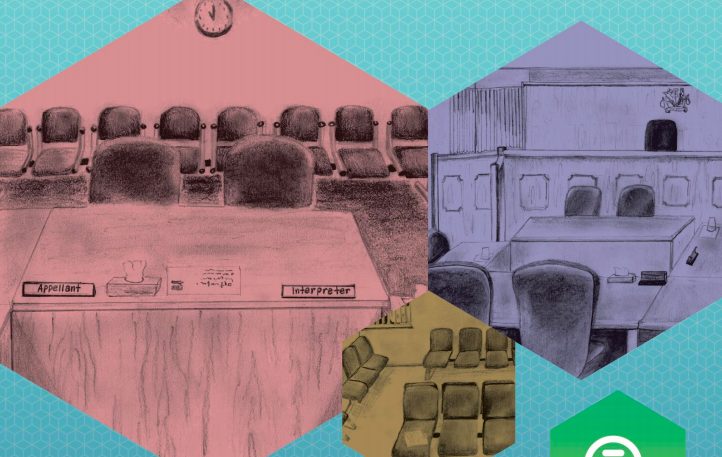 There is ongoing concern that Britain’s courts are places that are overwhelming, disorientating and confusing for court users. Asylum seekers are some of the most marginalised people in society and existing research highlights the difficulties they face in disclosing evidence throughout the legal process. Without an accessible process, appellants may be unable or unwilling to speak and participate in their appeal, and therefore important pieces of evidence may not be considered and justice may not be served.

Although a lot of attention has been paid to asylum law by academics and policy makers alike, its day to day implementation often escapes critical academic scrutiny. This is arguably because relatively few non-legal scholars study the law, meaning that most analysis is focussed on substantive and doctrinal legal issues rather than questions of process, implementation and experience. It is also extremely time consuming to observe a sufficient number of hearings to be able to draw general conclusions about day to day issues.

Our project adopts an inter-disciplinary perspective on the day to day workings of asylum law within the UK’s asylum appeal hearings. In the following sections we report on a project which examined what happens during asylum appeals by closely observing them from the public areas of hearing rooms. Our observations ran from 2013 to 2019. We complement the perspective our observations offer with interview evidence from appellants as well as others involved in the process.