The Legal Aid Agency has this week conceded that it must not ‘seek to rely on the clause to stifle criticism of, or challenges to, the Legal Aid Agency, the Lord Chancellor, or wider government.’ It has agreed to revise the clause and/or make a statement clarifying this point (amongst others). It will do so in consultation with the Law Society, the Bar Council, and LAPG. It has also agreed to invite to the consultation process clients of PLP who challenged the lawfulness of the clause a few weeks ago.

The embarrassment clause as initially drafted would have been implemented in April 2017 (in the legal aid crime contract), had judicial review proceedings not been threatened by the London Criminal Courts Solicitors’ Association, Tuckers Solicitors, who along with Ben Hoare Bell LLP instructed PLP to advise and represent them in the matter. The letter before claim and response are accessible here and here respectively1.

PLP’s clients look forward to a constructive dialogue with the LAA about clarifying a sensible remit for the clause, which as initially drafted was unlawfully broad and vague.

David Oldfield, solicitor with conduct of the case, said:
‘This clause was clearly always going to be unlawful; it should never have made it past the first stage of consultation. A legal aid practitioner’s duty to their clients and the courts will always trump any obligation to save a third party, like the Legal Aid Agency, from embarrassment.’

1.The embarrassment clause as initially drafted stated the following:
2.2 You shall ensure that neither you nor any of your Affiliates embarrasses us or otherwise brings us into disrepute by engaging in any act or omission which is reasonably likely to diminish the trust that the public places in us, regardless of whether or not such act or omission is related to your obligations under this Contract. Any operation of this Clause is subject to our obligation to act as a responsible public body and any sanction must be proportionate.
‘Affiliate’ is defined as ‘any other entity which directly or indirectly Controls, is Controlled by, or under direct or indirect common Control with [a legal aid firm]’ (clause 1.1). Breach can lead to ‘proportionate’ sanctions or contract termination. 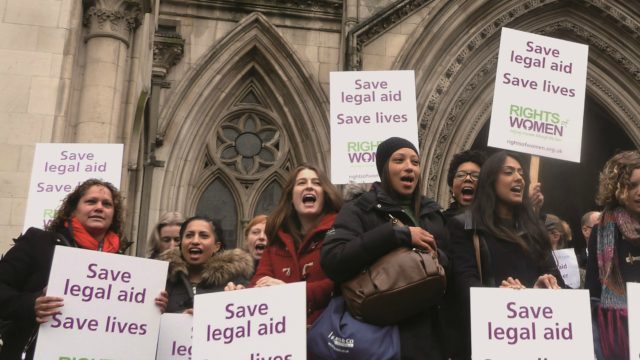