This reports presents the findings of a study into the effects of judicial review (JR) in England and Wales which was funded by the Nuffield Foundation and undertaken by the Public Law Project and the University of Essex, with Maurice Sunkin as the Principal Investigator.

Principal findings
There are a number of widely held and influential assumptions about the costs and misuse of Judicial Review (JR).

First, that the past growth in the use of JR has been largely driven by claimants abusing the system, either deliberately or otherwise.  Second, that the effect of JR on public administration is largely negative because JR makes it more difficult for public bodies to deliver public services efficiently.  Third, that JR litigation tends to be an expensive and time consuming detour concerned with technical matters of procedure that rarely alters decisions of public bodies. These claims have been challenged for their lack of empirical basis and this study provides additional evidence which shows them to be at best misleading and at worst false.

Overall, the findings underscore the importance of access to the High Court’s inherent supervisory jurisdiction, for claimants, defendants, and for the wider public interest.

The Value and Effects of Judicial Review 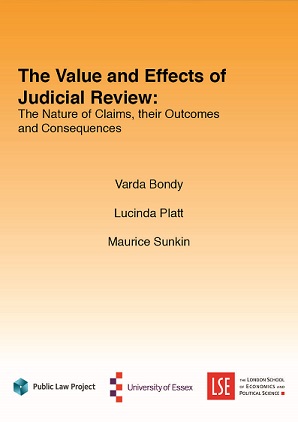